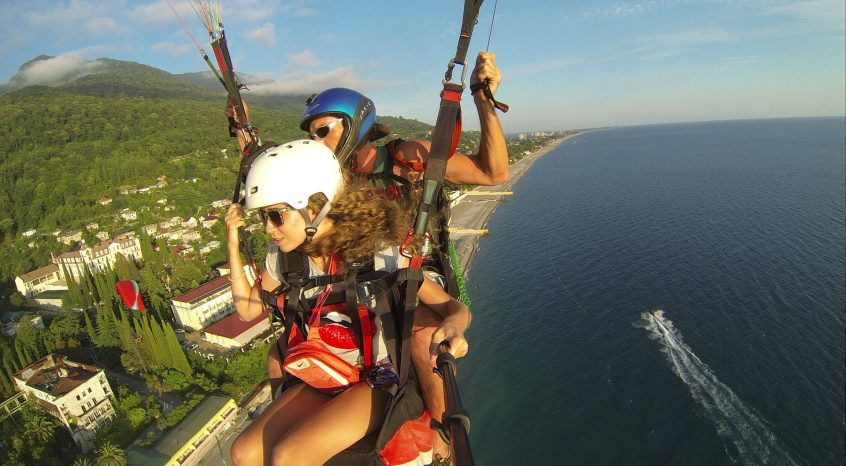 Aside from your cell phone, action cameras provide the easiest way to capture your life. From vlogging and YouTube, to your next vacation video, the best action camera can easily keep up.

Using customer reviews, pro guides, and personal experience, I hope to help you choose a better action camera than I recently did. After buying the GoPro HERO10, I found that even the newest and “best” action cameras can have major issues.

Taking a “looxcie” at the good and bad, my goal is to help you avoid these issues. For the casual shooter, they many not be a problem. Others, such as myself, may find their new camera overheating and shutting off before the couple says “I do.”

For cheap action camera alternatives, have a gander at our last article, Cheap Cameras for Vlogging and YouTube.

Capturing photos and videos with an action camera is simple and choosing one should be as well. These action cameras are considered some of the best and well liked by customers.

This table provides a quick, honest comparison of customer’s likes and dislikes for the best action cameras available.

What is an action camera?

When buying an action camera, GoPro is probably the first brand that comes to mind. GoPro recently released their 10th generation, and on paper it is easily one of the best action cameras available. However, the GoPro HERO10 currently has one major issue: it overheats.

After virtually having no problems with the past 3 GoPros I’ve had, I didn’t bother to look at the reviews as I usually do for the HERO10. It is very possible that GoPro will fix the overheating issue with a firmware update. In fact, the latest update helped a bit.

Really, this is only an issue for those planning to use the GoPro 10 for 5-10 minutes or longer on it’s highest settings. GoPro states that the vast percentage of ALL clips captured with their cameras are very short in length. This

For now, I’d recommend the HERO8 to receive the most bang for your buck or the GoPro HERO9 Black which uses the same accessories as the HERO10.

The GoPro HERO8 Black shoots smoothly stabilized 4K video at 60fps and costs less than $300. It may be the best choice for an anyone needing a high quality action camera with a lot of features at a low price.

The HERO8 may lack the front screen, bigger sensor, and faster processor of the GoPro HERO10, but it doesn’t overheat and miss important moments such as your brother-in-laws wedding.

The GoPro HERO10 Black is better stabilized than the HERO8 and shoots 5K video at 60fps. It’s processor is incredibly fast making it the fast and hottest GoPro yet. That’s right, this puppy heats up when it’s running causing it to shut down.

GoPro has released a firmware update that helped slightly, but unfortunately until GoPro can fix the HERO10, I recommend a different model or brand.

Starting below $70, Akaso cameras are some of the cheapest and seemingly best action cameras available. With each model gaining over ten thousand reviews averaging over four stars , Akaso offers cheap alternatives with plenty of features.

I wouldn’t spend the money unless I needed a camera that may get damaged or lost that could capture decent footage. The Akaso action cameras carry a lot of negative reviews, and thousands more positive reviews. Akaso cameras make a decent cheap choice.

As a bonus, Akaso sends a free accessory kit if you give them a review. I assume that this is why they have so many positive reviews. are many satisfied customers who have bought multiple Akaso cameras.

The negative reviews report poor quality, poor stabilization, and an overall cheaply made product. With that said, you get what you pay for. If you’re on a really tight budget, Akaso action cameras may the best for you.

If you’re looking for some of the coolest and most unique action cameras, check out Insta360. I would have bought the Insta360 R Twin Edition if I hadn’t been so attached to GoPro. From the tiny thumb sized Go 2 to the ultra cool ONE R Series cameras, Insta360 has it all!

The Go 2 is maybe the smallest action camera available and can be attached to most any object right out of the box. It captures stabilized video at 1440K 50fps and makes a perfect travel companion.

The Insta360 ONE R 1-Inch Edition will capture all of your sweet moments in pristine clarity at 5.3K. It uses Insta360’s FlowState stabilization. Best of all, this action camera has a 1-inch Sensor, giving you a higher quality image and better low light capabilities.

These 360 cameras do come with several cons as well including overheating, app privacy issues, phone compatibility, and battery life. For many these aren’t deal breakers, but it’s important to do your own research to be sure it will work for your needs.

Insta360 has really taken a new and fun approach to action cameras. They have loads of awesome features for vloggers, YouTubers, and creators alike.

DJI, known best for gimbals and drones, is a company based out of China. Action cameras are one of their newest endeavors, and the DJI Osmo Action will not disappoint.

The DJI Osmo Action is a 4K action camera capable of delivering perfectly smooth videos in most any environment. The Osmo Action works well even in temperatures as low as -10℃, making it the best choice for cold environments. It has dual screens, giving vloggers and creators the control they need.

Unfortunately, you can only use DJI’s cameras 5 times before being required to download the app and register. They become an expensive paperweight if you opt out. If you don’t mind their privacy issues, then the Osmo Action makes one of the best action cameras.

Alternatively, the DJI Action 2 has very mixed reviews, with many complaints of overheating.

Many new action cameras are overheating, making it difficult to know if you should buy an older model instead. My hope is that companies will fix their flaws in future updates, but there’s no promises.

Action cameras really are some of the most versatile cameras made. Whether for vlogging, YouTube, home videos, photos, or even a movie, an action camera give you endless possibilities. Flex your creativity with the best action cameras!