Hit enter to search or ESC to close
YouTube Monetization

Since the rise of Google’s YouTube, a lot of people have wanted to know just how much does YouTube pay you for 1 million views?

1 Million Views is a relatively a big number and it is not exactly easy to get a thousand views to let alone 1 million, so you might think that a large amount of money is involved when it comes to all of this.

Thankfully, you do not have to become a YouTube star to find out just how much is 1 million YouTube views worth.

From our calculations, we find that a YouTuber with 1 million views cannot make a living out of views solely but instead uses multiple strategies that have the potential to maximize their profit.

How Much Do YouTubers Make for 1 Million Views

To get straight to the point, it is not a simple calculation.

YouTube actually does not pay people solely based only on views.

In fact, the amount YouTubers get for only views is relatively small in comparison to the other monetization methods they use to get revenue.

So how much does YouTube pay for 1 million views?

Answer: On average you can expect to earn $300-$2000 from ad revenue for a YouTube video with about 1 million views.

This wide range of numbers, however, is justified and determined through a great number of variables that you can manage depending on how you work with YouTube.

Instead of focusing solely on the number of views there are tons of other things that are included.

Through Google’s ad platform Adsense, YouTube actually focuses on the engagement of your viewers with Ads.

The ads generally work through a CPV (cost per view) and CPC (cost per click).

There are also other ways of analyzing this, either by using the stats of your own YouTube channel or if you do not have one, it is fortunate that a large number of YouTubers make their stats public or even make videos explaining just how the process works.

This all might surprise you considering many people expected a fixed rate of money for 1 million views.

YouTube calculates the income you get with views using a system known as CPM.  Also called cost per mile.

However, the story does not stop there. There are a whole bunch of variables that can influence this base number.

The money you receive also depends on your audience and if you use a YouTube network or not.

Things like age, interests, and location of your audience play a vital role.

Location of Your Viewers

Depending on what country your channel is targeting when it comes to geography, you severely impact the amount of money you get despite having a million views. For example, YouTube lays out TIER countries.

If your channel successfully targets Tier 1 countries then the amount of money you get for 1 million views might range from $3000 – $15000.

However, if your channel targets Tier 3 countries then you might only receive $180 – $300 at the most.

This, of course, all depends on buying power. If you are not targeting countries with high buying power then a million views will still mean a relatively small amount of money despite anything else.

Theme of Your Videos

Of course, the subject matter also plays a huge role in the process.

Depending on the type of content of the video, you can also expect a difference in the money received. Subjects like viral, informational, news and comedy also influence the statistics.

YouTube tends to pay more when videos fall into the categories of things like finance, IT, Business, music, news and informational.

These aspects and niches get paid higher than things like memes, jokes, and anything that really falls into the comedy section.

It goes even deeper than that, Audience watch time makes a difference as YouTube watches for how long viewers tune in a video.

You do not have to be a YouTube superstar in order to make a small amount of money from 1000 views, but if you do get to a million views with high content and interaction this number increases drastically.

Of course, there are also more ways to get more money on YouTube if you have a big amount of views:

How You Can Earn More with 1 Million Views

We need to break down another variable that drastically changes the average amount of money you can get.

The system simply involves directing viewers to websites. Then the YouTuber is paid by the affiliate sales created. Many YouTubers have talked about how just using this method has increased the money they have gotten.

Let’s break down the estimate. A low conversion rate might be 0.05% of traffic with only $10 in commission.

For a YouTube with 1 million views, that can bring a potential amount of $5000. This is however, only an estimate and commission rates vary from client to client.

Although this way of obtaining extra income with a million views is lucrative, actually getting viewers to click the link is another story. Choosing affiliates that are closely related to a YouTube channel is the way to go when adding affiliated marketing to the picture.

When Affiliate links are used and combined with the ad system mentioned earlier the average amount of money a YouTube gets for a million views is drastically increased. But there is yet another variable.

Another way YouTubers influence their income that is somewhat similar to affiliate marketing is simply by selling their own merchandise as well. This usually does not drastically increase the income but does help with additional income.

YouTube pays its top YouTubers tens of millions of dollars. Top YouTube influencers are able to make money from all the ways mentioned above: advertising, affiliate, sponsorships, merchandising, etc.

Top YouTubers have become similar to professional athletes and movie stars, where they have tens of millions of followers and generate billions of video views.

Below are the Top 10 YouTubers and an estimate of how much they made in 2020, courtesy of this article by Forbes magazine.

In addition to advertising from YouTube, their earnings below also include money from sponsorships, merchandising, etc.

Behind the owl mask of Vanoss Gaming is Evan Fong who is also trying to get into the music business. Games he frequently plays include Call of Duty and Assassin’s Creed.

Logan Paul, 24,  is Jake Paul’s older brother who also does funny videos that specialize in pranks. He was also involved in controversy after filming an apparent suicide in Japan.

The top gamer on the list is Daniel Middleton. Focusing on Minecraft videos, he has also created a successful business selling merchandise.

Markiplier, aka Mark Fischbach, has been filming himself playing video games on YouTube since 2012. He now has expanded into clothing making leisurewear for gamers.

PewDiePie, whose real name is Felix Kjellberg accomplished the tall feat of becoming the first individual YouTuber to hit 100 million subscribers. His videos focus on gaming and comedy. 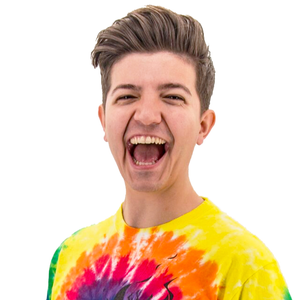 Preston Arsement, aka PrestonPlayz is new to the list this year. He’s a video gamer and creates a lot of funny videos of himself playing Minecraft.

Rounding out the Top 5 again this year is Jeffree Star, a makeup artist popular since the Myspace days. Like Daniel, he has also launched a successful business, not surprisingly, in cosmetics. Another newcomer to this list, Rhett McLaughlin and Link Neal are the two hosts of a daily show they titled Good Mythical Morning. Viewers tune in to watch them eat truly unbelievable things, explore surprising new products and trends, compete in original games with celebrity guests, implement serious experiments in hilarious ways, and more. 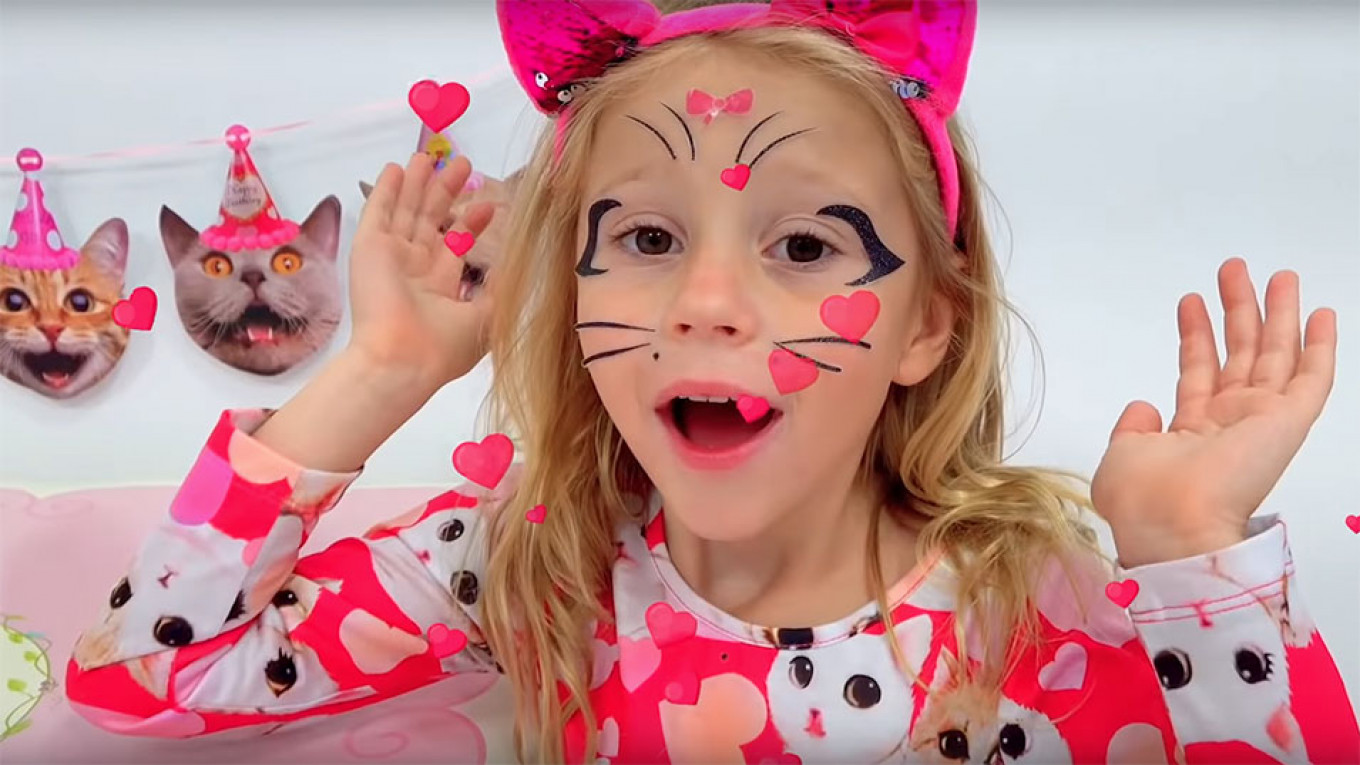 Anastasia Radzinskaya, the face of the YouTube channel Like Nastya Vlog, is a 5 year old Russian girl who has bursted onto the scene, commanding attention from big brand sponsorships, and is set to launch a mobile game, toy line and a book in 2020.

Bumped up to #2 this year is a group of 5 guys who call themselves Dude Perfect. Dude Perfect (Coby and Cory Cotton, Garrett Hilbert, Cody Jones and Tyler Toney) create sports and comedy videos.

Top of the list again this year is 7-year-old Ryan Kaji is the face of the Ryan ToysReview, the top earner in 2018 and 2020. His videos are of him playing with toys and giving his opinion and review. He is so popular, that he now has his own toy line available in stores like Walmart.

When it comes to social media like YouTube and the way YouTubers use the site we find that the earnings of many of the YouTube superstars are not made solely on ads, but rather on a wide range of options that can drastically increase and maximize their earnings. For example, making money through selling merchandise, sponsored videos, setting up a Patreon account for support, etc.

So how much does YouTube pay? We learned that you are not going to earn a lot of money with just 1 million views from ads, so you need to make a better strategy! But with youtube watchers on the rise during this worldwide pandemic you better strategize quickly or you may miss your mark!

Hi there, I'm Zach and I am main writer and editor here at Looxcie. I put in lots of hours researching YouTube as a platform, from how to start your channel to how to grow it to millions of subscribers. Now I want to share all my knowledge to content creators, vloggers and YouTubers.